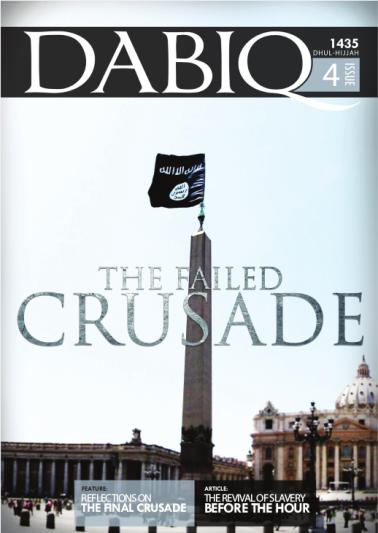 A recent article in The Atlantic has staked the claim that daesh is a millenarian cult bent on bringing the apocalypse upon the world. The article uses recent materials from Dabiq (the daesh propaganda magazine) and cites interviews with the likes of Anjem Choudary to back it’s case that not only is the group Muslim (well that is a given right?) but also that they are battling to re-create the Caliphate to bring the end times upon us all. A great battle with Shaytan (شيطان‎,) and even Jesus will ensue and in the end the Caliphate will win and all kufr will be destroyed.

After reading the article in it’s entirety I just had to sit back and wonder at the over simplification that just had been perpetrated on us all by this reporter. I think he frankly went to the George Bush…